For 7 days, we hosted entrepreneurs interested in cooperation with the local market in Tanzania.

The Chamber organized a series of meetings with local companies, including hotels and restaurants.

The legal aspects of doing business in Tanzania were discussed with the lawyer.

The issues of sources of supply of goods and the time of their delivery to the site were considered.

A schedule of activities was established to implement the planned projects. This is the realization of the assumptions of the Chamber of Commerce and Industry “CHOPIN LOVES TANZANIA“.

Thanks to the good preparation of the entire visit (hotel, meals, car rental, airport pickup and drop off to the airport), the whole thing was excellent and additionally emphasized the importance of cooperation with an entity operating on the local market and with people who have known this area for years.

The guests repaid with the preparation of a Polish dinner for all those involved.

There was also time to buy souvenirs.

Another groups are already planned. You are welcome 🇹🇿🌞🌍

5th President of an independent and united Tanzania

On March 17, 2021, a GREAT man passed away, who, with his will and his ACTIVITIES, took Tanzania to a higher level.

He defied world-wide plans to exterminate and enslave his people through PLANdemia, and worked to finally break Tanzania out of its dependence on foreign exploiting capital. He was able to organize, largely on his own, projects such as the modernization and expansion of the railway network, his own Air Tanzania passenger planes, the construction of a huge 2.1 GW hydroelectric power plant on the Rufiji River, the transfer of government structures to Dodoma, the capital of Tanzania, so as to actually develop country evenly from the center.

The father of the nation, Julius Nyerere, is certainly proud of him.

We will express our respect for him by continuing his WORKS and our joint efforts for Tanzania, together with President of Tanzania Samia Hassan Suluhu and our Partners from this region. 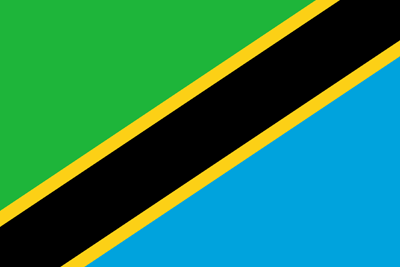 He will always be in our memory and in our hearts. R.I.P.

We will continue his dream for big, respected and independent Tanzania.

Today we say goodbye to Mr. Godfrey Mngerez (Executive Secretary of BASAT), with whom we collaborated on the organization of the 1st World Charity Concert for Africa “CHOPIN LOVES TANZANIA“.
Mr. Mngereza put his whole heart ❤️ into his ACTIVITIES to promote and protect the Tanzanian culture, and to organize the Concert. We will miss him very much.

Video in memory of Mr Godfrey Mngereza (Executive Secretary of BASATA). Work together in Tanzania in November 2020.